Shadowlands “Beyond the Veil”

In the Shadowlands, every soul has its place—from the path of ascension among the spires of Bastion to an eternity of torment in the depths of the Maw. Choose where your destiny lies.

I helped create the skies in this cinematic and worked with the digimatte team for each of the “zones” of the trailer. I also did compositing for the first two shots up in the clouds.

The veil between life and death is no more. Discover what lies beyond the world you know in the next chapter of the World of Warcraft saga–Shadowlands

I worked on the shots leading up to Sylvanas destroying the Helm of Domination from The Lich King. It was fun amping up her Banshee face look and the FX surrounding the breaking of the helmet. Lighting/compositing on the shots with some additional sky work based on art director Fabio Zungrone’s work.

Breakdown of the one of the shots of Sylvanas and her breaking the Helm of Domination, showing FX, lighting, comp, and background digimatte

The faction war reaches its inevitable climax at the gates of Orgrimmar as Alliance soldiers stand together with Saurfang’s rebels against the Banshee Queen.

For this cinematic, I came on early to create a 360 degree cyclorama digimatte to be used in all of the shots of the sequence. It had the sky of Durotan, and the background mountain scapes that was anything beyond the army. I did some additional work on the cliffs of Orgrimmar after lead Fabio Zungrone worked on it, and painted in the blasted sands look of the ground on the top down shot of deceased Varok. I also did lighting/compositing on shots after I completed the matte paintings while also continuing to tweak them on a shot by shot basis until the end.

Breakdown of the crowds, environment model of the Orgrimmar gates, lighting, comp and the digimatte of the background.

This cinematic is a remake of the original WarCraft III intro cinematic back in 2001. It has inspired me to no end, and to be working on the remake of it in HD glory was quite a feeling. I helped create the skies of this show with Fabio Zungrone as the lead matte painter, and do lighting/compositing to finish with Erich Burchfield as the lighting lead. It was shown at the opening ceremony of BlizzCon 2018.

Here’s one of breakdowns for my digimatte shots. The sky work is based on Fabio Zungrone’s sky, with multiple broken up layers of cloud textures that were animated, grid warped, and dissolves of lighting flash textures as well as fully 3D foreground and grass.

War has a way of wearing down the most weathered soldiers. For legendary Horde warrior Varok Saurfang, this one could very well be his last. I did lighting/compositing for these shots, with Jason Fleming as the lead. We used lots of deep compositing fog cards to achieve the look of the sunrise battlefield, things got pretty heavy in compositing!

The Horde and Alliance are back at it fighting each other for this expansion of World of Warcraft.  I was working on the Overwatch Reinhardt cinematic at the same time, so I didn’t get to work on this  at all…except for about .01% of this lovely matte painting shot done by Anthony Eftekhari and Fabio Zungrone.  I proudly contributed to the water here for the shot, that’s it! They did an amazing job with the shot.

The Burning Legion returns to Azeroth, and so the Alliance and the Horde must band together to fight this evil! I created a matte painting sky concept for the introduction of Sylvanas, the logo fly through the clouds shot, and a big scene with Sylvanas, Varian fighting against an Infernal. Lighting/rendering/compositing. Directed by Marc Messenger. Art directed by Chris Thunig.

In an alternate time line going back to before the Warcraft 3 days, we see a “what if the orcs didn’t drink the Fel Blood presented by Gul’Dan”, lead by Garrosh. I created a 16,000px wide 360 digimatte sky to be used for shots in between the first and last shots. I also did the compositing for these shots while Graham Cunningham did the lighting and rendering. Lighting lead by Sheng Jin. Directed by Marc Messenger. Art directed by Chris Thunig. 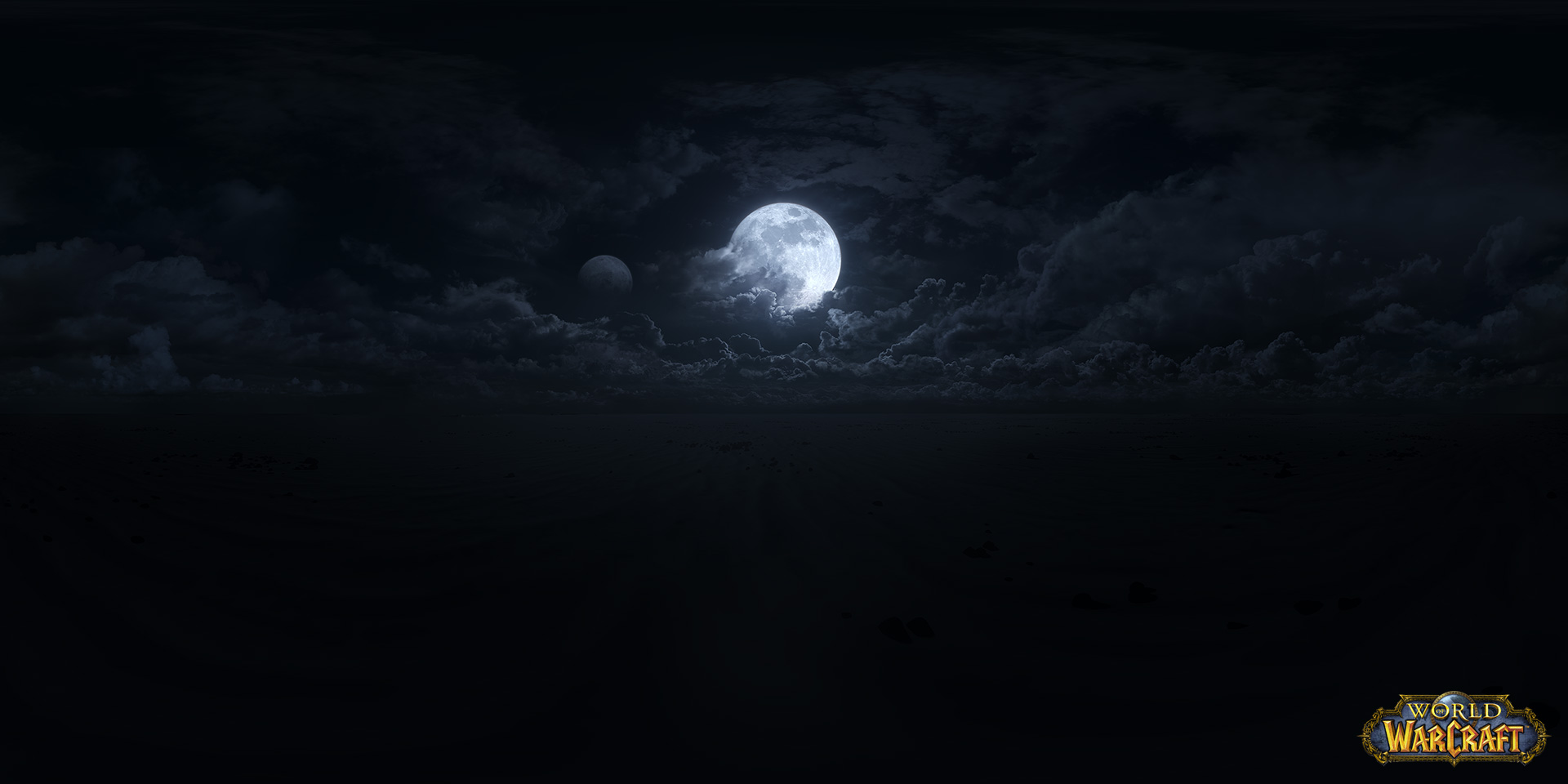 A more light hearted cinematic with the introduction of the mystical Pandaren race for this World of Warcraft expansion. I did the key shots for the orc and the panda through lighting/rendering/compositing as well as a digimatte concept of the isle of Pandaria. Lighting lead by Dennis Price. Directed by Marc Messenger. Art directed by Chris Thunig. 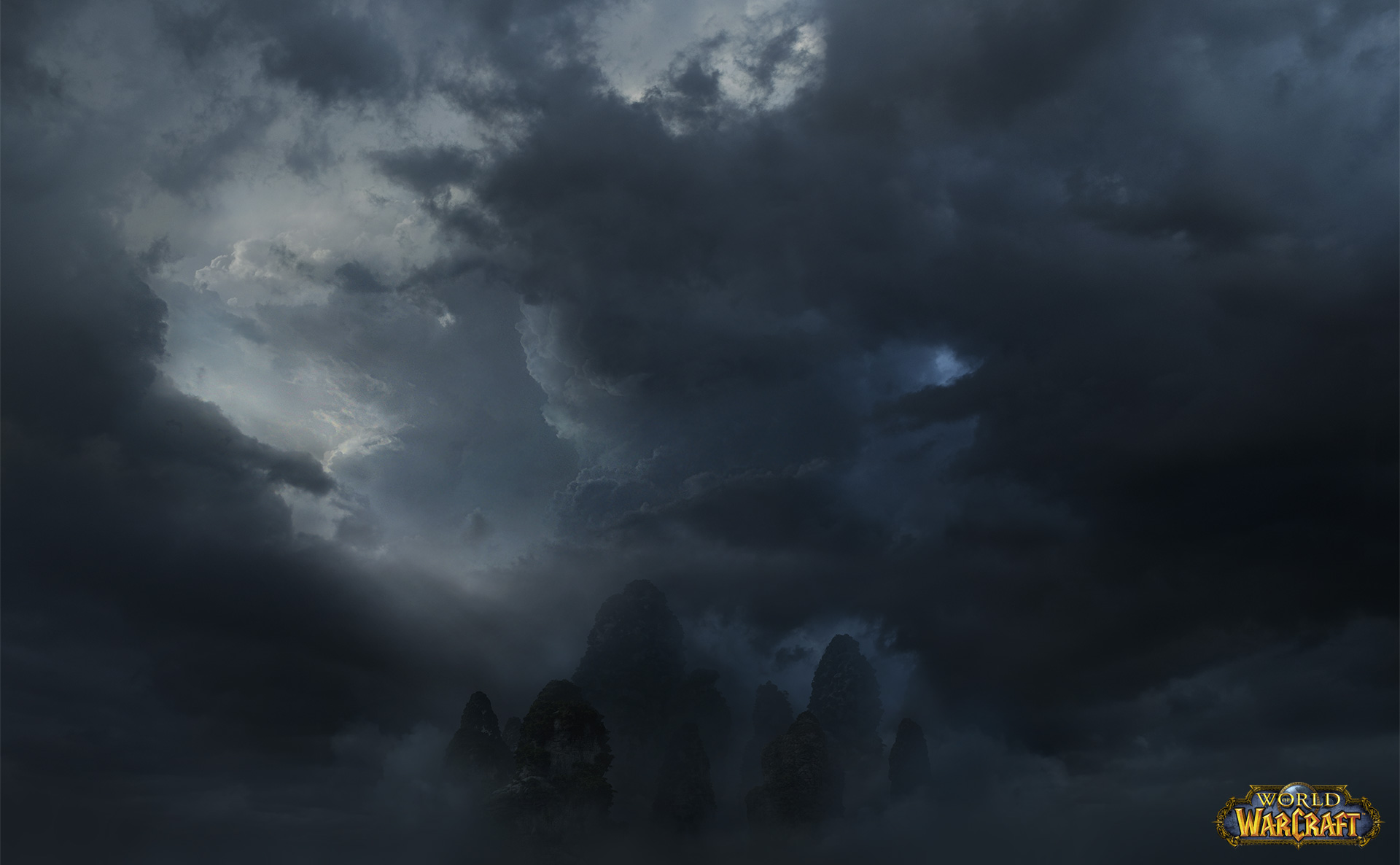 The World Breaker, Deathwing, is unleashed upon the lands of Azeroth. This cinematic tried to convey his scale and his rage set loose upon the world. I got to work on the last big shot with Deathwing landing upon Stormwind and created a matte painting for a couple of the Barrens shots. Worked on the lighting/rendering/compositing of these shots otherwise. Lighting lead by Sheng Jin. Directed by Marc Messenger. Art directed by Jonathan Berube. 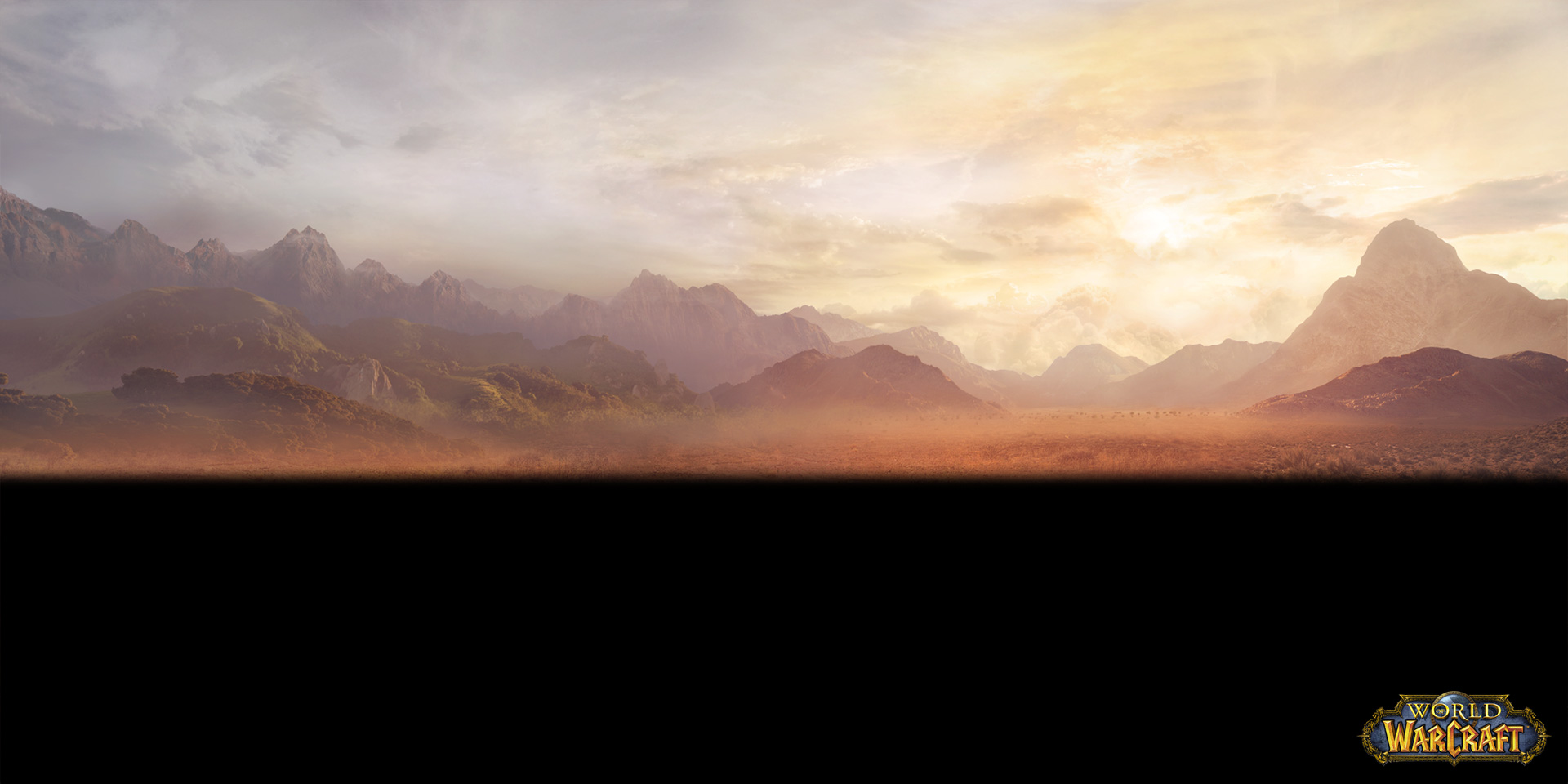 Wrath of the Lich King

This was my first World of Warcraft cinematic that I got to work on at Blizzard, for which I poured a lot of my heart and soul into.  I worked closely with the director, Jeff Chamberlain, and my lead, Sheng Jin to mold this cinematic doing lighting, rendering, compositing, matte painting, and some concept art work. Art directed by Jonathan Berube. 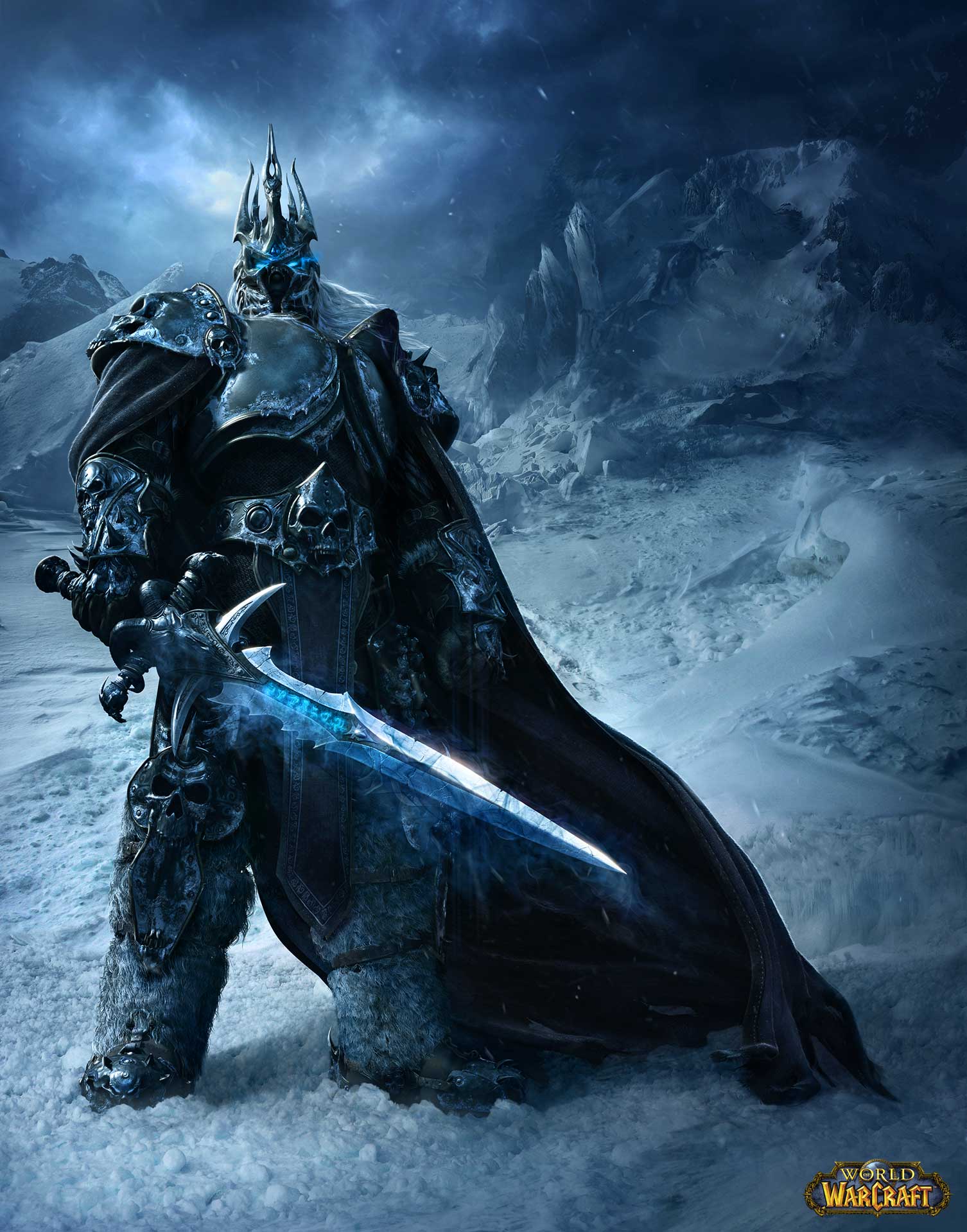 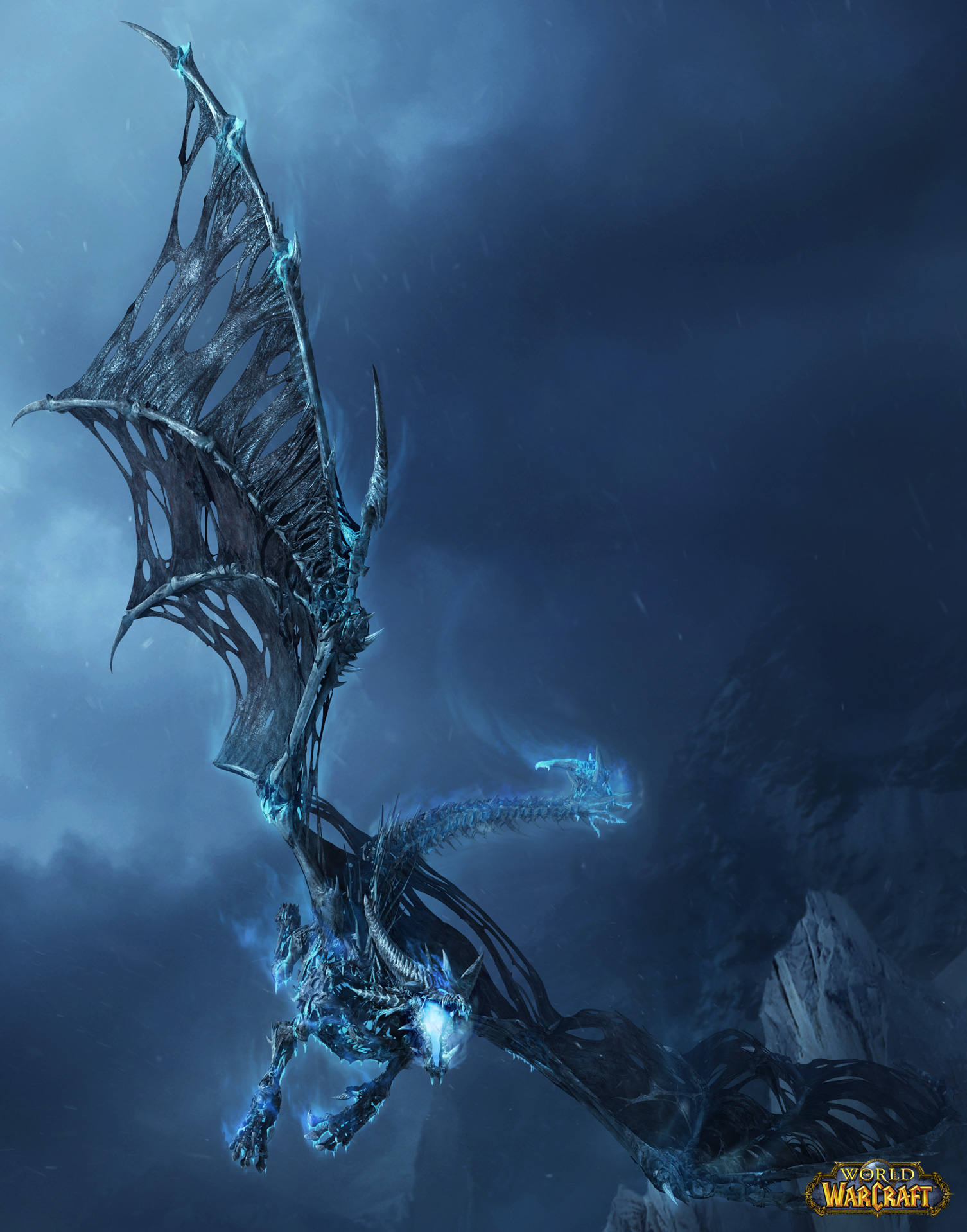 All art work copyright Blizzard Entertainment © and is part of a team effort at Blizzard Animation. Use of images without consent is strictly prohibited.

Back to my Portfolio
Page load link
Go to Top